Continuing my participation in Blood Moon Rising – a month long tour of horror, sci-fi and dark fantasy authors, today we sit down with Essel Pratt and learn all about him and his dark writings.

Hi, Essel. Thanks for joining us.

Your work ranges from fantasy to horror. In which genre do you feel more comfortable writing?

When I was younger, I was a huge fan of fantasy. C.S. Lewis was, and still is, my all-time favorite author. However, when I was in high school I read the Tommyknockers and was instantly drawn in to Stephen King’s brand of horror. I also watched a lot of horror movies since I was very young. I came to the realization that fantasy and horror shared similar elements that are interchangeable in many aspects. Then I started reading Clive Barker and came to the conclusion that he is the C.S. Lewis of the horror community. I started intertwining the elements of fantasy and horror within my imagination and the images of many future stories manifested within my mind. Naturally, when I started writing seriously I leaned toward the horror genre, but still hoped to start my fantasy masterpiece. Most of my short stories are horror in composition, but Final Reverie, my first novel, is fantasy. In regards to which I feel more comfortable writing, I really don’t find much difference between writing the two.

Your novel, Final Reverie, has some great reviews. Can you explain a little about it?

Final Reverie grew out of a short story I wrote called “Brothers”. The characters had different names, but grew into who they are in Final Reverie. It takes place in a post-apocalyptic world after all technology ceases to exist. A large explosion destroyed the world as we know it, waking Mother Nature from her sleep. Her magical essence was released and split into both good and evil magic. The being created by the evil magic was contained by heroes of the past, but not destroyed. In Final Reverie, the journey of Franklyn and Chij takes them on the path to destroy the evil entity and restore balance to the world, with the help of the heroes from the past.

When I finished Final Reverie, I realized that there is so much more to tell about the past. So, I decided to do something weird and write the trilogy in reverse. Currently, I am working on Abiding Reverie, which is the middle book in the series, and tells the tale of the heroes that entrapped Nafets, the evil being of magic. The last book will tell of how Mother Nature was awakened and how she restored magic to the world.

Two of your latest shorts were published in Rejected For Content 1 & 2, containing “tales deemed too hardcore for other publishers”. Wow. Curiosity piqued! What is so offensive about these stories?

When I wrote Puienne Teur De Cheveaux, it was for a book about strong trans women characters, but crossed a line of mystery, sex, and the unnecessary. The main character is Detective Mansfield, a strong woman detective that doesn’t take any crap from the male dominated police force. She goes through some scenarios that push the line even further than I should have gone, but it seemed natural for the story. When I wrote Marre De Cetter Merde, I knew that it had to be included in the second Rejected book. It tells the story of Detective Mansfield’s beginnings, and is literally a shitty story. I actually wrote a third short story in the Detective Mansfield universe, but have decided to turn it into her first novel.

How did you end up writing for the Inquisitr? What has the experience been like so far?

In the past, I wrote for a couple of video game websites, Infendo and Nerdzy, but left them because I was simply too busy. I missed writing articles and the practice that it provided for much bigger short stories and novels. I was reading a news article on the Inquisitr one day and just happened to click a link regarding writing for the Inquisitr. On a whim, I filled out the app, sent some samples, passed the test, and here I am. I love writing for the Inquisitr, it allows me to write about any news topic I feel comfortable writing about and helps me in research for the stories I write.

If you had to pick a short story to be read by someone who’s never read your work, which one would you choose?

This is really tough, but I would probably narrow it down to three. The first would be Pubienne Marre De Cette in Rejected for Content: Splattegore because I absolutely love Detective Mansfield and her blunt attitude. The next would be Thus is Life in Serial Killers Quattuor, a first person story about a serial killer that cares for his victims in an unnatural way. Finally, I would suggest Bourbon Street Lucifer in Mardi Gras Murders, a story that takes place during Mardi Gras and may blossom into a larger novel one day, possibly with Detective Mansfield as the main character.

Can you tell me a little about your contribution to J. Ellington Ashton Press?

J. Ellington Ashton Press is an amazing press. I love that the company is like family to the authors. Everyone is treated as equals and everyone is willing to help each other to be a better writer. I was lucky enough to be asked to become chief of acquisitions and to work as an editor for JEA, which has allowed me the opportunity to view various areas of the publishing world. The staff lives across the world, which gives a wide range of views and experiences, which may make us one of the most diverse presses out there and allows us to be available for our authors nearly 24 hours a day, since we have staff in the U.S., U.K. and even Australia.

This is a tough question because I cannot think of anything that actually scares me. I’ve watched horror movies since I was very young, and think I became immune to that sort of fear. However, I think if I had to choose, I would be scared of not learning. I have gone back to school to get my bachelors, I love to research, and learning is just part of me. If that were taken away, I cannot imagine what I would become.

What are your favorite horror movies?

Since I grew up on horror movies, I can easily say that Friday the 13th, Nightmare on Elm Street, and Halloween are among my favorites. However, Clive Barker’s Hellraiser series is at the top of my favorite horror movies list. Clive Barker created the perfect anti-hero when he created Pinhead. He does what he does simply because that’s who he is. He isn’t out for revenge, to prove a point, or a psychotic antagonist. He is just Pinhead, he has a job, and he does as he is supposed to. He is sort of like a genie without the wishes.

My all-time favorite authors are tied between C.S. Lewis and Clive Barker. Each has been able to create a brand new and believable world filled with intrigue, danger, and hope. Harper Lee, William Golding, Stephen King, and Joe Hill are others that I look up to with high regard. However, there are many smaller names that I look up to equally as much. Some of them are Charles Day, Peter Giglio, Jim Goforth, Stuart Keane, Shannon Giglio, Robert Shane Wilson, Amanda M. Lyons, T.S. Woolard, Catt Dahman, Dona Fox, Michael Fisher, and so many more to name. I apologize if I left anyone out, there are just so many out there that have influenced me in one way or another.

Nice. I very much approve of that list. Now… I have to mention the anthology Fractured Realms because you and I both have poems in it! I loved yours, entitled “If I Had One Wish”. The perspective you chose was very moving. I almost cried at the end! What inspired this poem?

I am glad you liked it, “If I Had One Wish” was quite far from my normal writings, yet still contains a bit of real horror. I am currently going to school to get my Bachelors in Psychology and have volunteered at a local facility that caters to adults that have autism, Downs’s syndrome, and other mental handicaps. When Fractured Realms came around, I felt that I had to write something for it, something that told of how a person with autism feels and might think to themselves. I felt a lot of emotion while writing it and am glad that others were able to feel that same emotion while reading.

Lately I have written some weird stuff, but I think one of the firsts was in Nightmare Stalkers and Dream Walkers 2, titled “Makin’ Bacon”. It is an odd tale of a pig man, a woman, butt bacon, and unintentional cannibalism, without going into too much detail. I guess another strange piece was my children’s book titled ABCs of Zombie Friendship. It started out as a joke project that I would work on with both of my daughters. They backed out, as teenagers often do, and I submitted the story to my publisher. She loved it, started the artwork, and within no time it became a reality. I never intended to write a children’s book, but am so glad I did.

What are you working on at the moment?

At the moment I am working on multiple projects. I am writing a couple short stories for some open anthologies, my next book Abiding Reverie, and planning a couple more books that I plan to write. Alongside the writing, I am also working on edits for a couple authors and writing for the Inquisitr. I am also trying to finish a few books so I can finally write reviews that I promised. I used to write quite a few book reviews, but have not written as many as I would like to, lately.

Where can we find you on the web?

I try to have quite an active web presence. Facebook is my most active spot, but I can also be found on Twitter, Goodreads, Google +, and many more. I will place the links below. 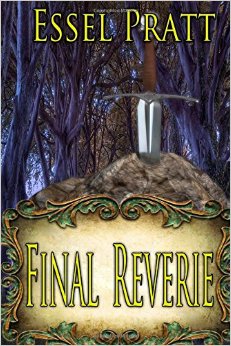